Manuel Jimenez is a trial attorney admitted to practice law in California and New York. He has tried jury cases to verdict in both states. He prosecutes attorneys charged with professional misconduct before California's State Bar Court. He is a graduate of the University of California at Berkeley and Fordham University School of Law in New York. While at Fordham he was a Stein Scholar at the Stein Center for Ethics and Public Interest Law and served on the Environmental Law Journal. 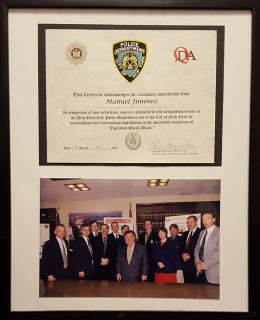 Manuel formerly served as a prosecutor with the Queens County District Attorney's Office in New York, where he was assigned to the Organized Crime and Rackets and Supreme Court Trial Bureaus. He was recognized by the NYPD's Chief of the Organized Crime Control Bureau for his "dedication, superior achievement and outstanding service to the New York City Police Department."

Manuel has been a guest speaker in classes at various Bay Area law schools.  He served as an adjunct lecturer of legal ethics in the undergraduate Legal Studies Department within John F. Kennedy University's School of Law, in Pleasant Hill, California.

Twice a candidate for public office, Manuel has served on several governmental boards, including: The Edgewater, New Jersey Board of Adjustments; the San Francisco, Treasure Island, Citizens Advisory Board; the San Francisco, Childhood Nutrition and Physical Activity Task Force, and the Lafayette Bicycle Pedestrian Advisory Committee.